If you are running object detection model eg. MobileNet or Yolo, they usually require smaller frame for inferencing (eg. 300x300 or 416x416). Instead of displaying bounding boxes on such small frames, you could also stream higher resolution frames (eg. video output from ColorCamera) and display bounding boxes on these high-res frames. There are several approaches to achieving that, and in this tutorial we will take a look at them.

Just using the small inferencing frame. Here we used passthrough frame of MobileNetDetectionNetwork’s output so bounding boxes are in sync with the frame. Other option would be to stream preview frames from ColorCamera and sync on the host (or don’t sync at all). 300x300 frame with detections below. Demo code here. 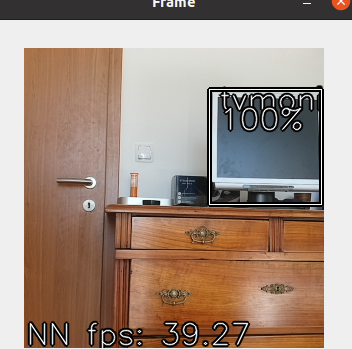 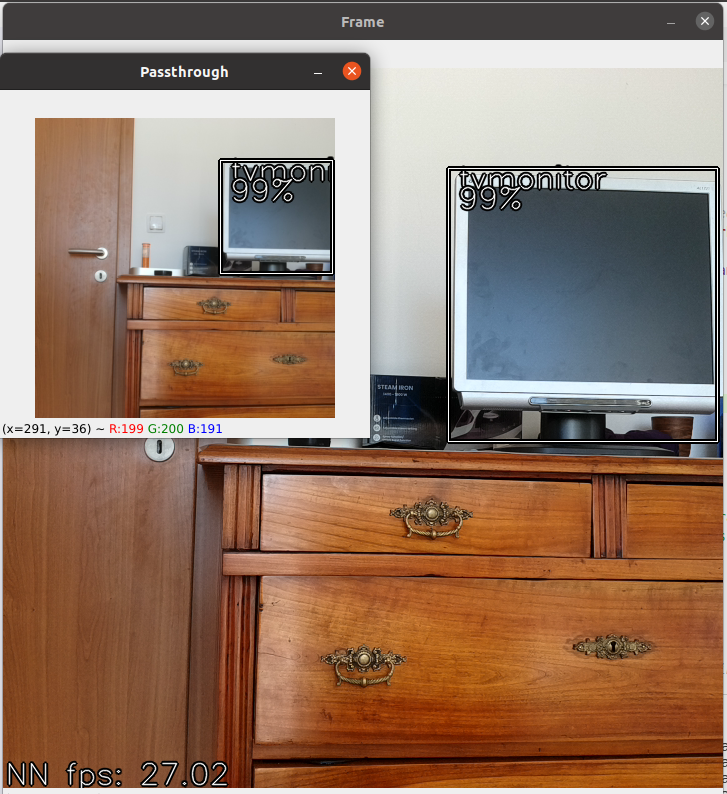 A problem that we often encounter with models is that their aspect ratio is 1:1, not eg. 16x9 as our camera resolution. This means that some of the FOV will be lost. In our Maximizing FOV tutorial we showcased that changing aspect ratio will preserve the whole aspect ratio of the camera, but it will “squeeze”/”stretch” the frame, as you can see below. Demo code here. 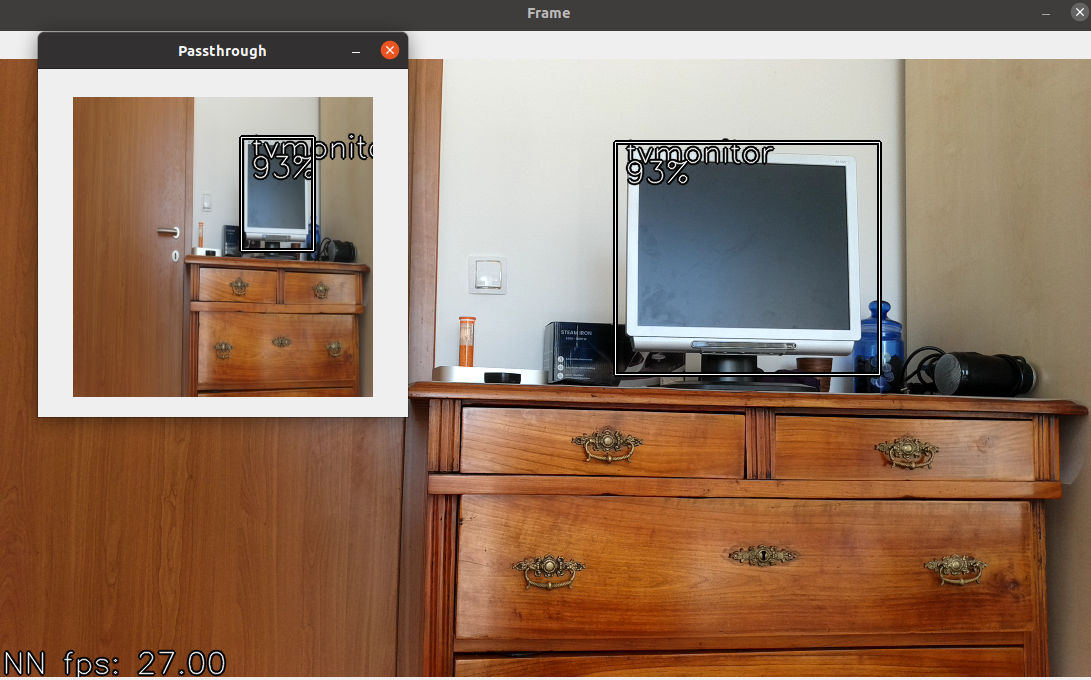 To avoid stretching the frame (as it can have an affect on NN accuracy), we could also stream full FOV video from the device and do inferencing on 300x300 frames. This would, however, mean that we have to re-calculate bounding boxes to match with different aspect ratio of the image. This approach does not preserve the whole aspect ratio, it only displays bounding boxes on whole FOV video frames. Demo code here. 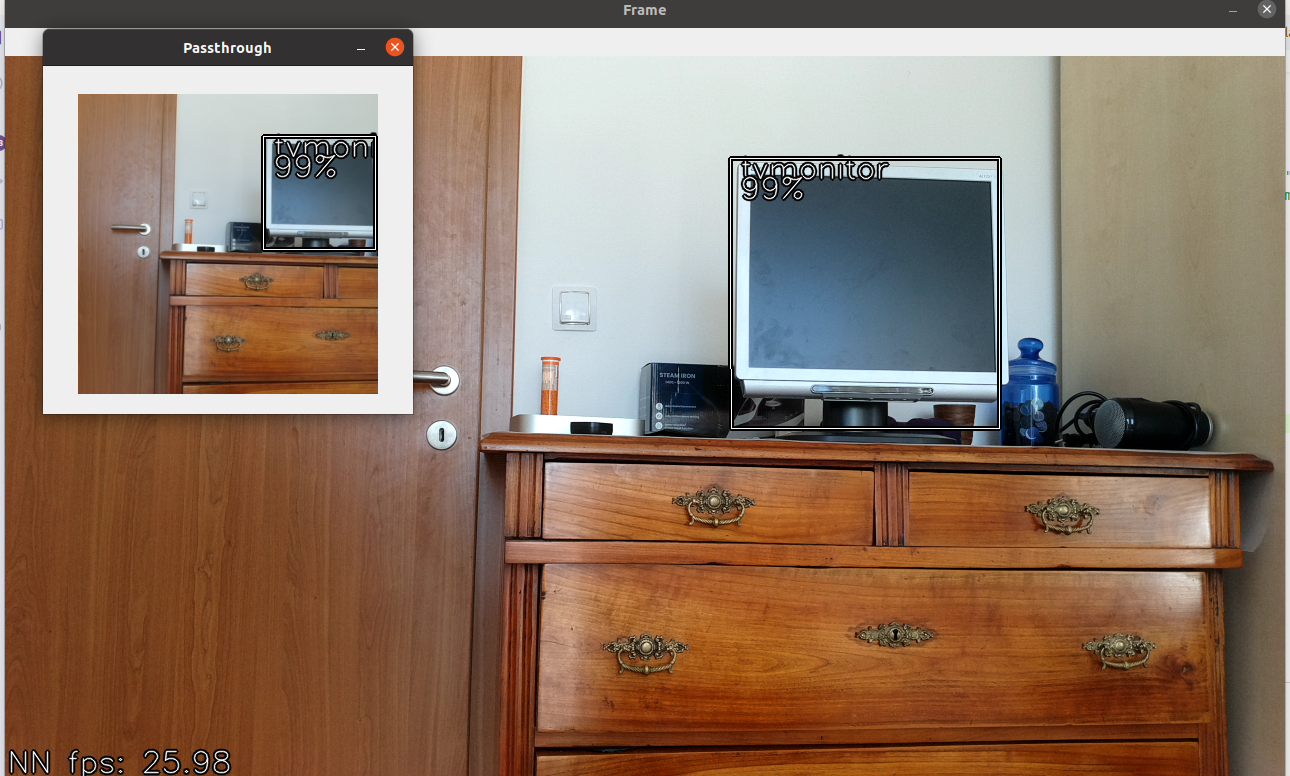