OAK devices can be used as webcams as well. To enable this feature, you can run the DepthAI demo UVC application or use uvc feature branch. Make sure to use USB3 cable, as we have noticed that in some cases, USB2 won’t work. 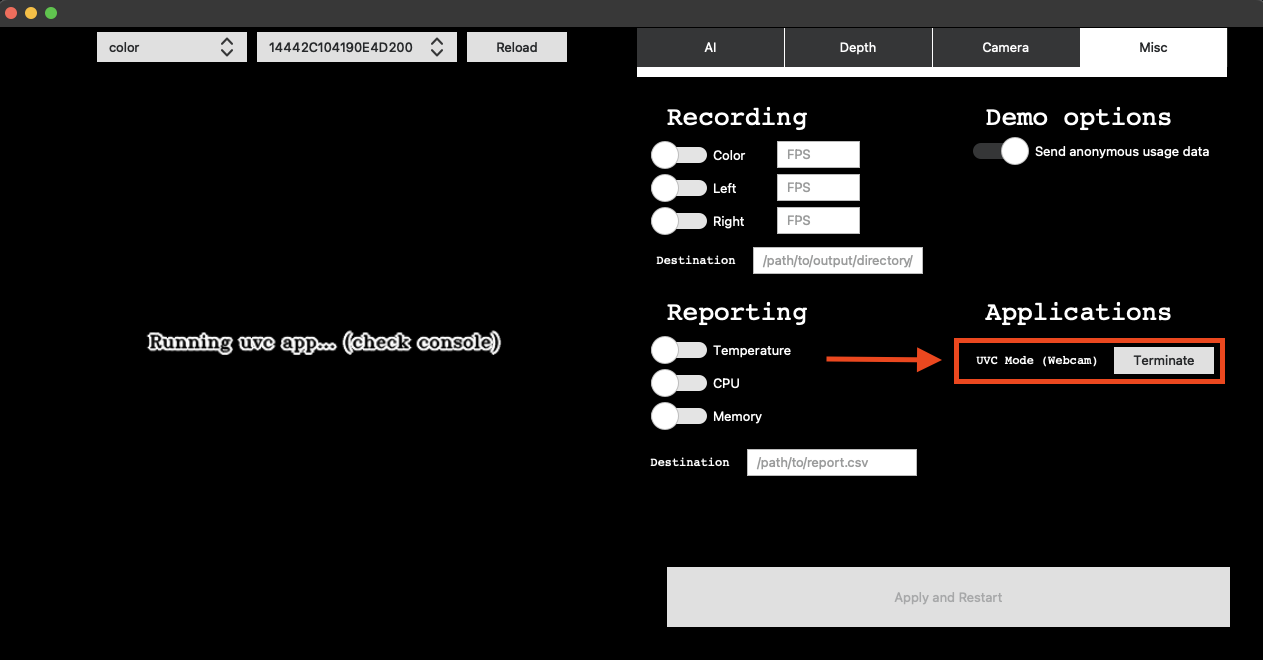 Or, running directly from terminal

Now you can open up your favourite meeting app, like Zoom or Slack, and select Luxonis Device: UVC Video Contr in the webcam selection menu.

One option is to use virtual camera, such as the pyvirtualcam module. You would need to pip install the package and install it’s dependencies (as mentioned in the link). Here’s a demo code:

We have noticed that on some apps, like Discord or Google Meet, Luxonis Device: UVC won’t work. One workaround is to use OBS to proxy the stream and use the virtual camera inside the OBS. I am running Linux so I had to install sudo apt install v4l2loopback-dkms for the virtual camera to work (this is also mentioned in install instructions).

This video will show you how to do just that.

Another solution is to stream the video to the host, and capture the cv2.imshow window inside the OBS: